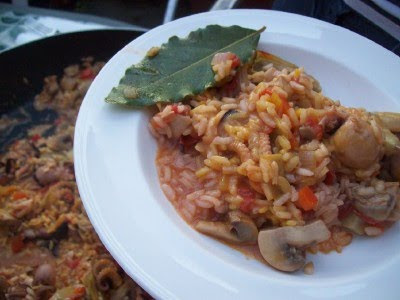 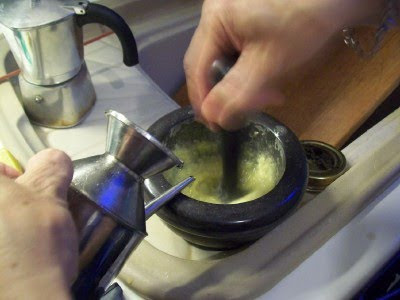 Love how pretty your dish turned out, not to mention it looks undoubtedly delicious. Great idea to use moscardini :)

Love how you used the little moscardini. Wonderful pictures and great effort. Cheers from Audax in Australai

Looks wonderful Natalia. Really like that little oil pitcher too!

Your dished ended up more fluid than a lot of the other ones around that I've seen. Was this an intentional thing that you did for the dish?

This looks and sounds delicious Natalia!!

Came by to let you know that you are the winner of my giveaway!! Could you please email me to let me know where to send the presents? I think you already have my emailadress, if not: it's on my blog!

I so wanted to make this, but no squid, cuttlefish, etc. n Podunk USa. Ah,Well